First on the agenda for today was Zion!
Our RV Park was pretty close so it wouldn’t be that long of a drive for us.
We’ve had heard great thing about the park so we were very anxious to see it.

Of course our AIB pass gave us free entry, but the lady at the gate asked us, since we had a pretty tall vehicle, if we also were interested in paying the fee to get through the tunnel.
Having no idea what she exactly meant Rhonja got a bit confused but Marcel immediately said: “Buy it, it’s probably good”.
So we bought the tunnel pass, got a map, and continued through Zion National Park.

While Rhonja was driving Marcel took a look at the map:”Yeah, we definitely needed that tunnel pass. We wouldn’t even be able to enter the actual park otherwise.”
After a few minutes of driving we arrived at the tunnel, where a park ranger was waiting. We showed our special tunnel pass and we could head into the tunnel, we were instructed to drive in the middle of the road though because of our height, which meant the incoming traffic would have to wait just for us to pass the tunnel (which was about 2 km long). We felt kinda special!

After we exited the tunnel, we were greeted with some great views: 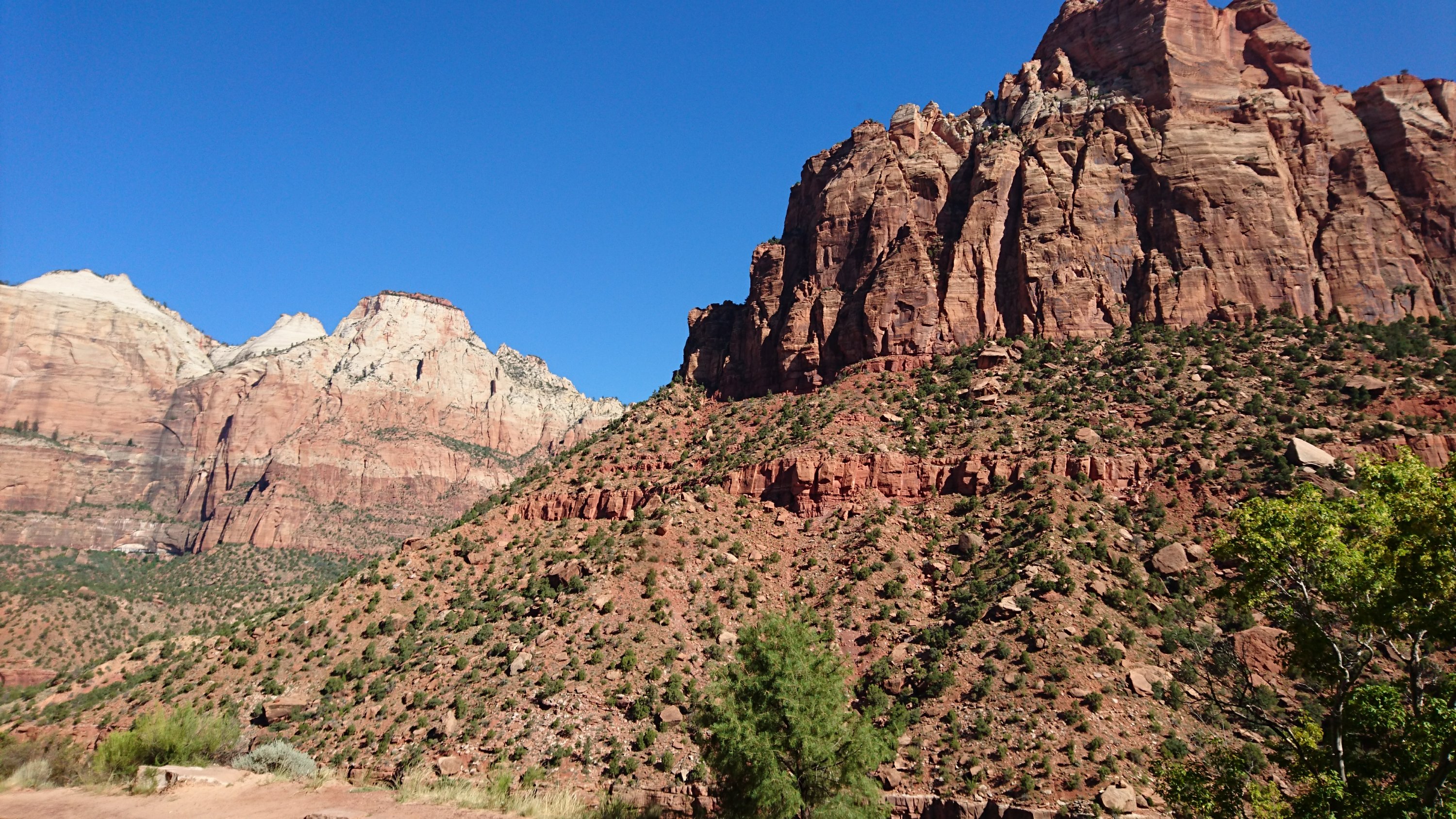 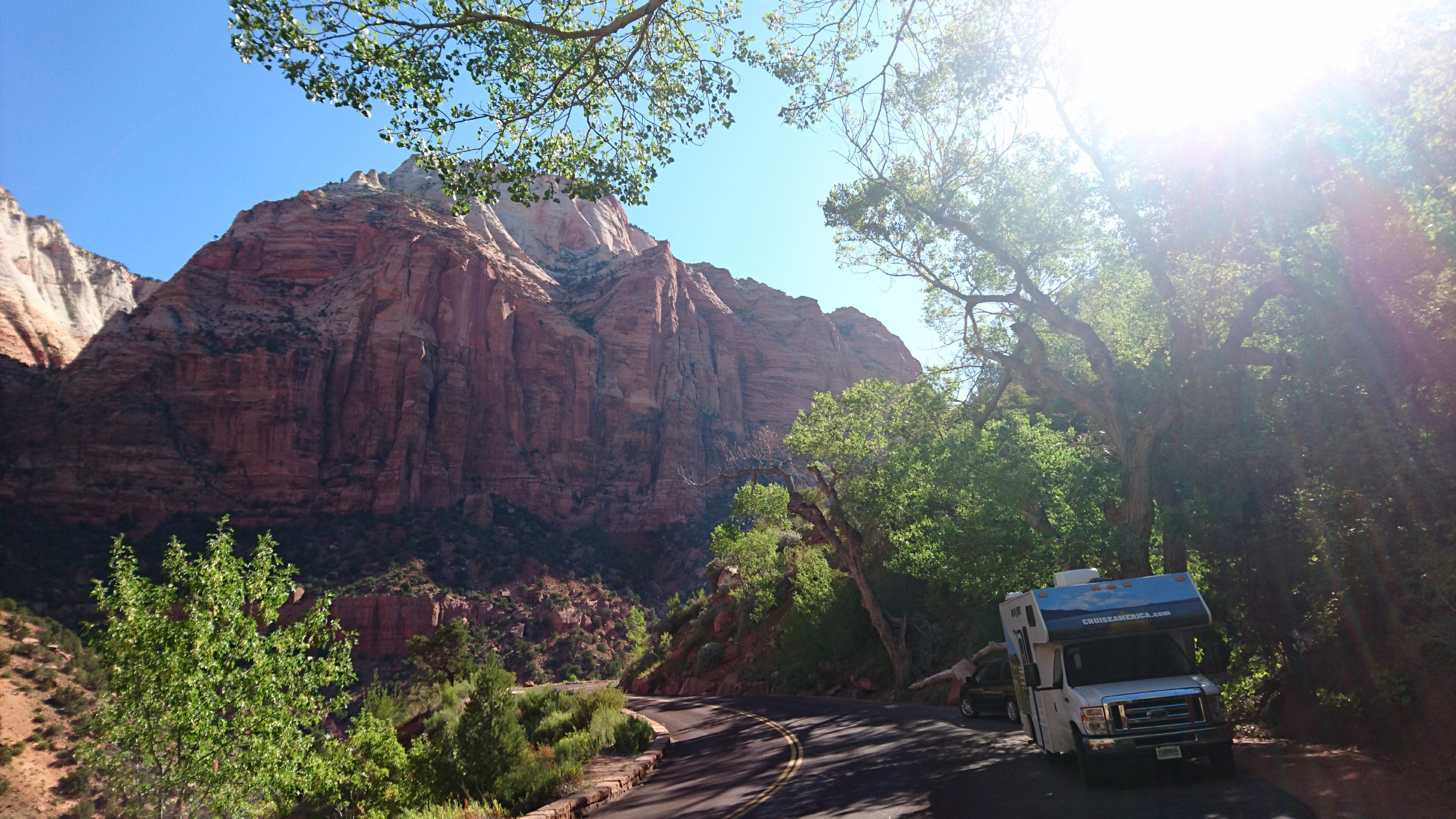 They also had a few trails available, but seeing these were only accessible by shuttle bus and it was already kinda too hot to walk outside for a few minutes, we decided to skip these and just continue on our way.

Rhonja found a boardgamestore onroute, so of course we made a stop in St. George. It was a pretty big store with a huge play area (probably 70% of the store was dedicated to playing), but the few last things Marcel had on his wishlist were obviously used and being sold a new, so slightly offended we left the store and headed towards our next destination: the Valley of Fire *insert ‘Gerudo Valley’ theme here*

Using Marcel’s highly advanced el-cheapo meat thermometer we found things were heating up quite a bit: 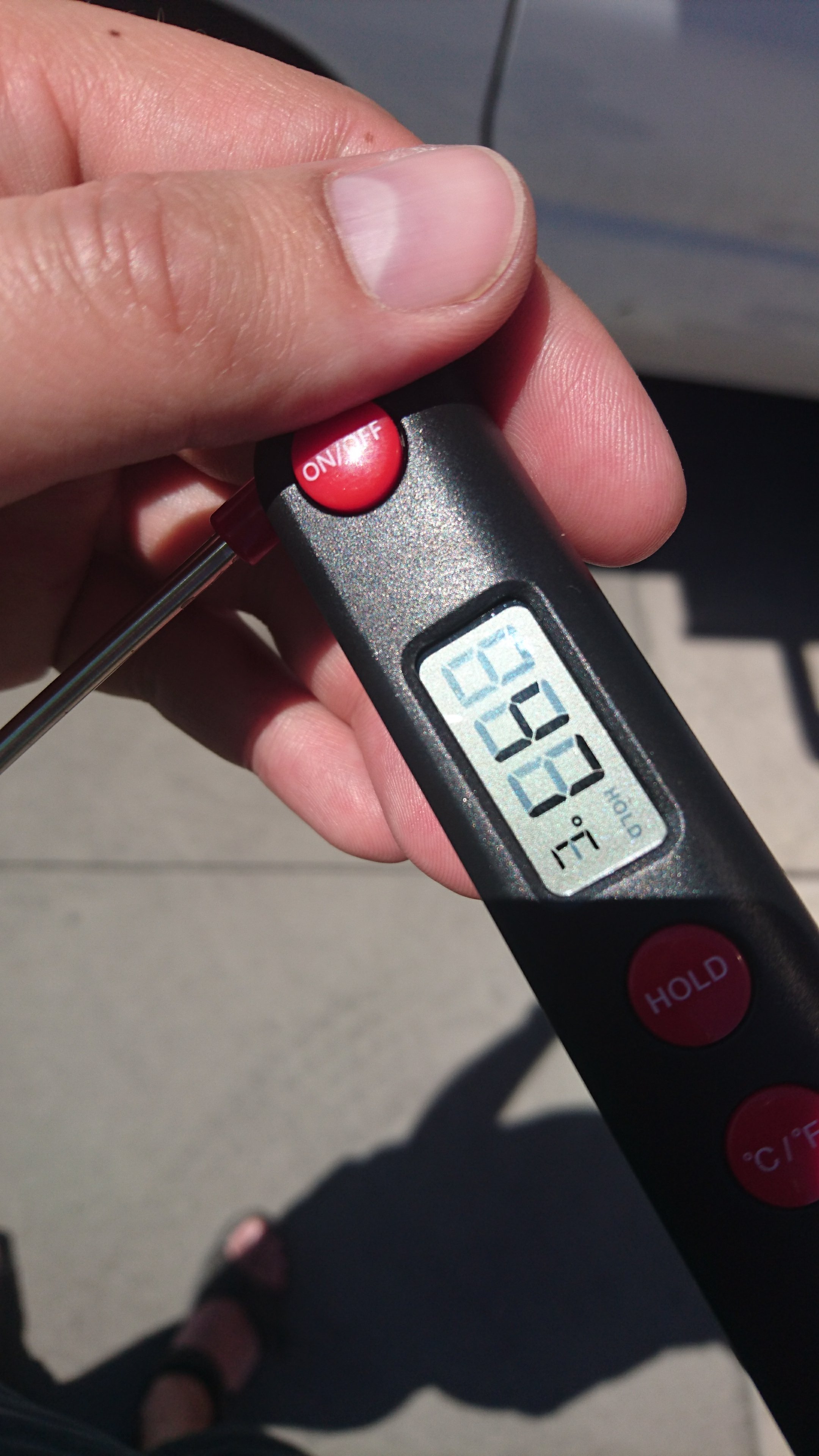 Luckily in the Valley of fire we found a place to cool down: 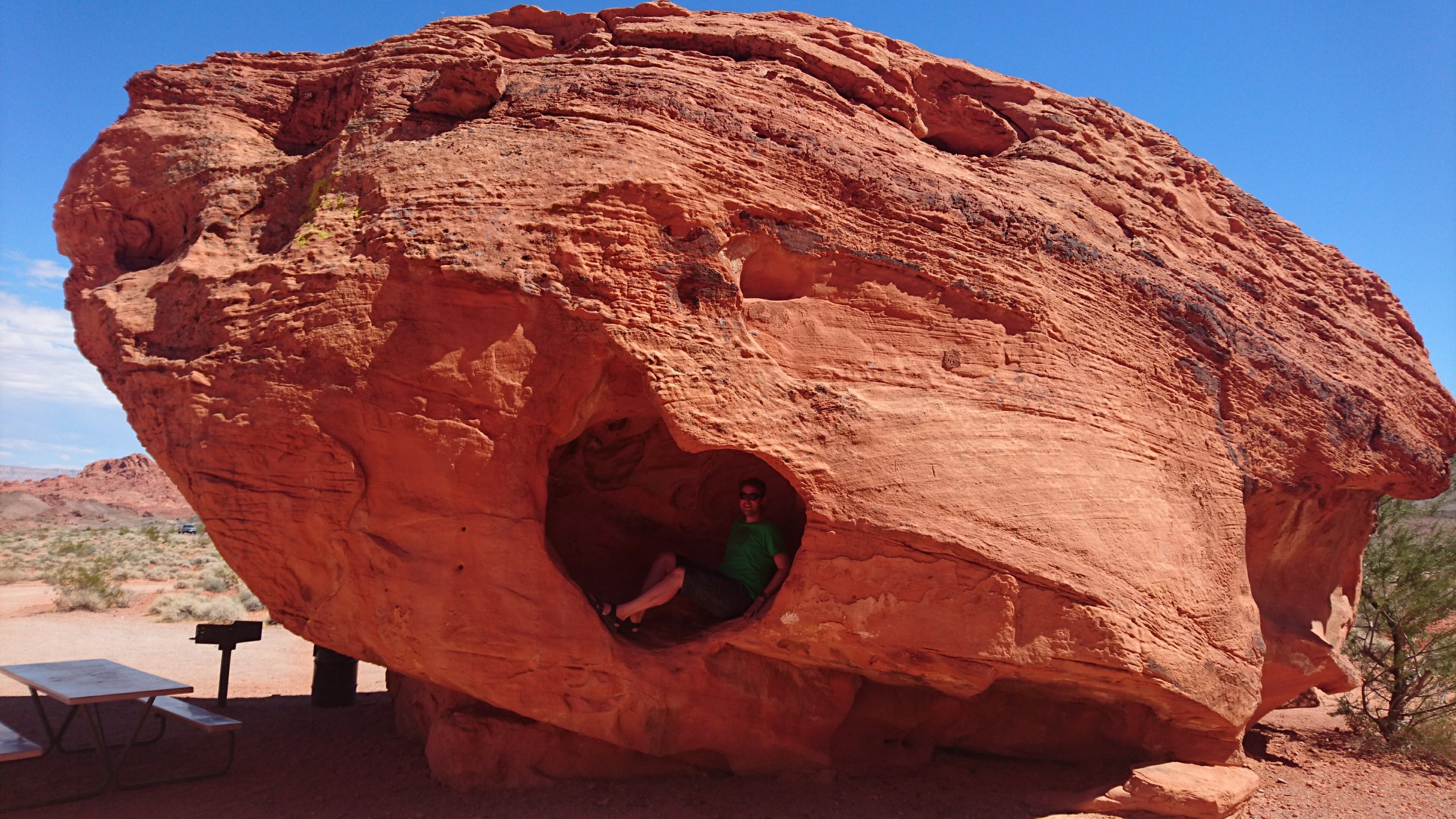 (It was still freakin’ hot though, but the shade was still miles better than being directly cooked by the sun.)

The rest of our trip was mainly driving. We passed Las Vegas again and drove quite a few miles today.
We even passed our milestone of 4.000 miles!
Currently we’re in our RV, with both the AC and fan on. Right now it’s 38C outside (20:05) and if we’re lucky it’ll cool down to 26C tonight….
Today’s route: 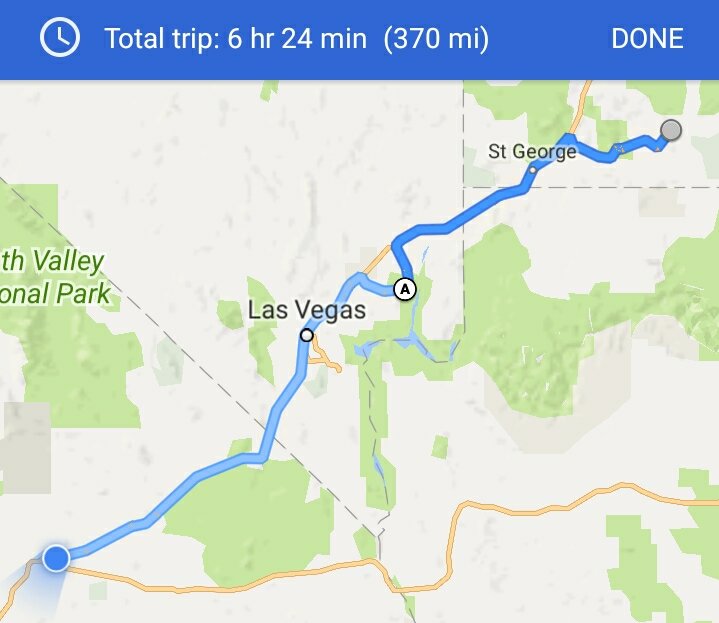