We had quite a drive planned for today, but not without a few fun stops along the way. Rhonja really wanted to drive a little bit along the coastline before heading home again, so we set off for Santa Barbara. On our way there we drove past a lot of joshua trees. These often grow in funky patterns like they’re dancing, so it was fun to watch all the different growth patterns as we drove towards our destination.

Santa Barbara was awful to park though. It was very difficult to discern whether you were allowed to without a zoning permit or not. We found a spot after a little bit though. Just no parking on Wednesdays but it’s Monday today so yay! We visited another board game store (surprise!) which unfortunately didn’t have that great a selection. After this we went to Chipotle to get a taco. No visit to America would be complete without Mexican food! Since we didn’t see any other interesting stores we headed back to our RV…. Where we found we got a ticket for being parked facing the wrong way. America, where you can turn right on red and must yield for oncoming traffic on green when you wish to turn left, yet you cannot park facing the wrong way. Because apparently you have already committed the crime of driving on the wrong side of the road and will soon do so again. Needless to say we were quite pissed off even though it wasn’t an expensive ticket.

Another thing Rhonja wanted to do was walk on the beach for a little bit. So after we drove a little further along the coast we saw an exit for state beach El Capitan. It looked promising, but then we ran into an entrance booth for the beach which cost $10. Only in America you pay for the beach! We both found it weird and a little funny at the same time. The beach was nice though! It wasn’t very wide but it was clean. We even got a free parasol from people who were just leaving: 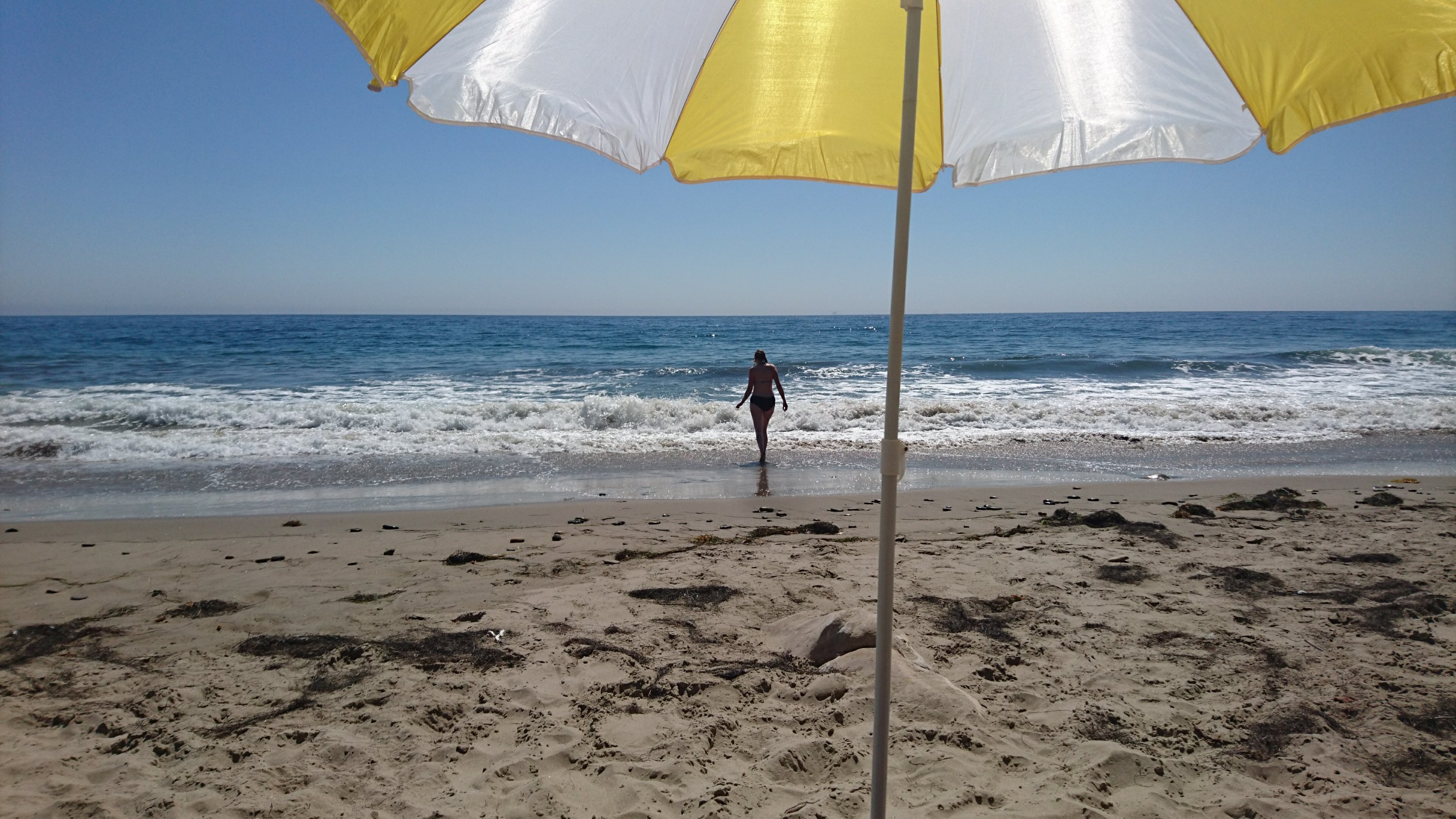 We went into the water which wasn’t even all that cold and they had pretty decent waves we had fun splashing around in. The only downside was there were (smooth) rocks on the beach and as such they were also in the water. Which wouldn’t be so bad if they didn’t form clusters that would lie in a little underwater hole. There was also a lot of seaweed which we needed to get used to. But no jellyfish or crabs in sight so that was nice. After we splashed around and got splashed about by the waves we headed back to the rv for a quick shower and continued to our RV stop in Santa Margherita. 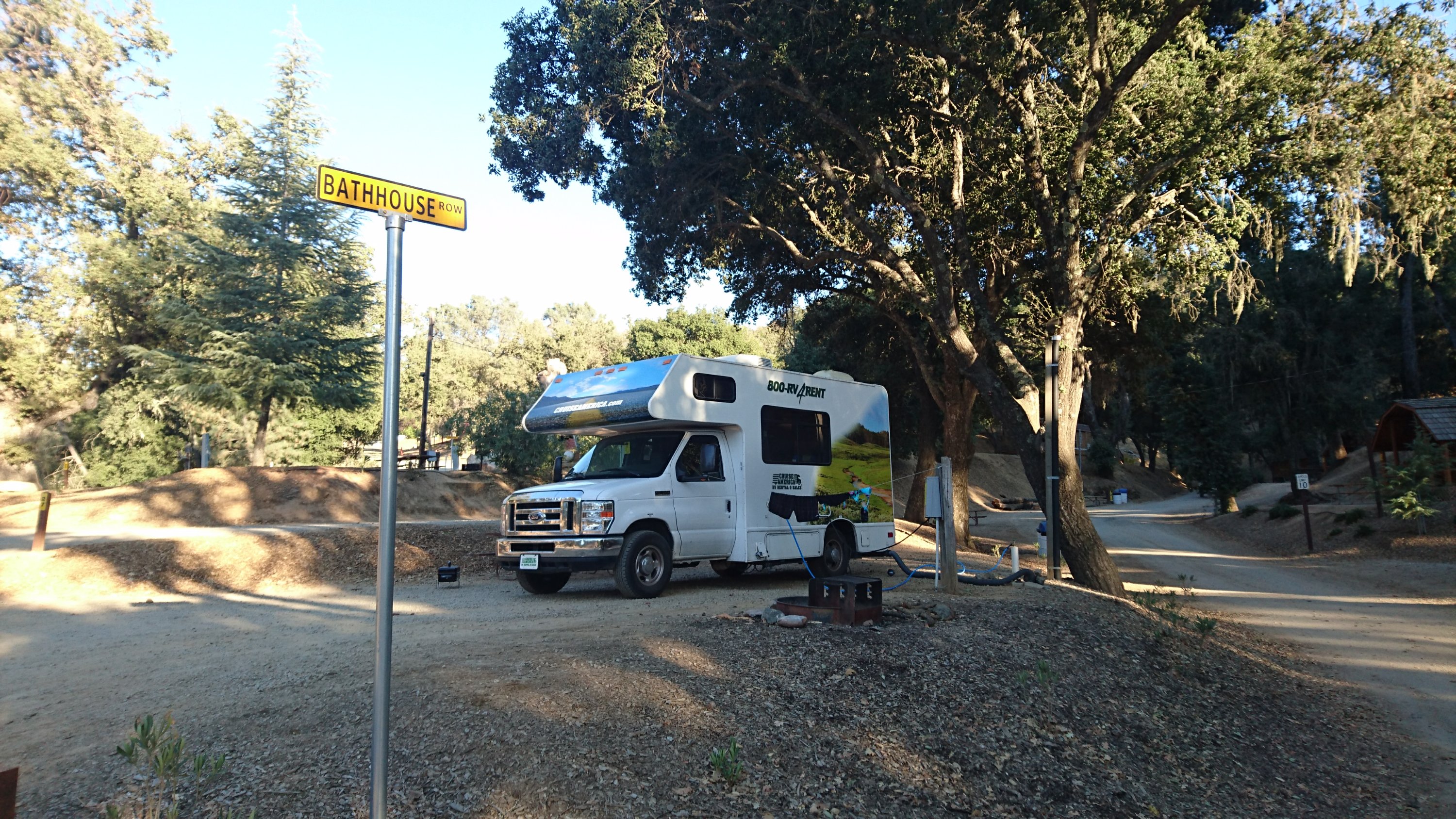 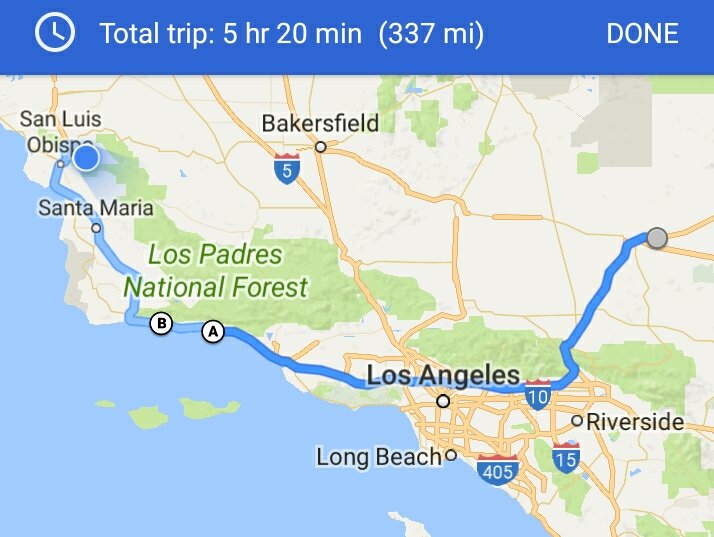