Since we already visited Arches NP, we headed straight for Canyonlands today. It’s a national park but we thought the name sounded like it should have had rollercoasters instead.

Canyonland has wider and less deep canyons than the Grand Canyons do. It’s very impressive in a very different way. We obviously spent some time at a regular canyon viewpoint but there was also a viewpoint where you could walk out onto a very wide outcropping of the mountain for an awesome view. Marcel is a little afraid of heights though, or more accurately a rational fear of falling to his death from a mountain, so he didn’t get quite as close to the (unfenced) edge as Rhonja did. Though even she kept a body length away from it. There were some dirt roads from ye’ olde days though that were still used by 4×4. Apparently one man was particularly excited to see these being used because when his family called him over he ran and tripped over a tree root. Luckily far from the edge, but it did ensure we kept plenty of distance from the edge. 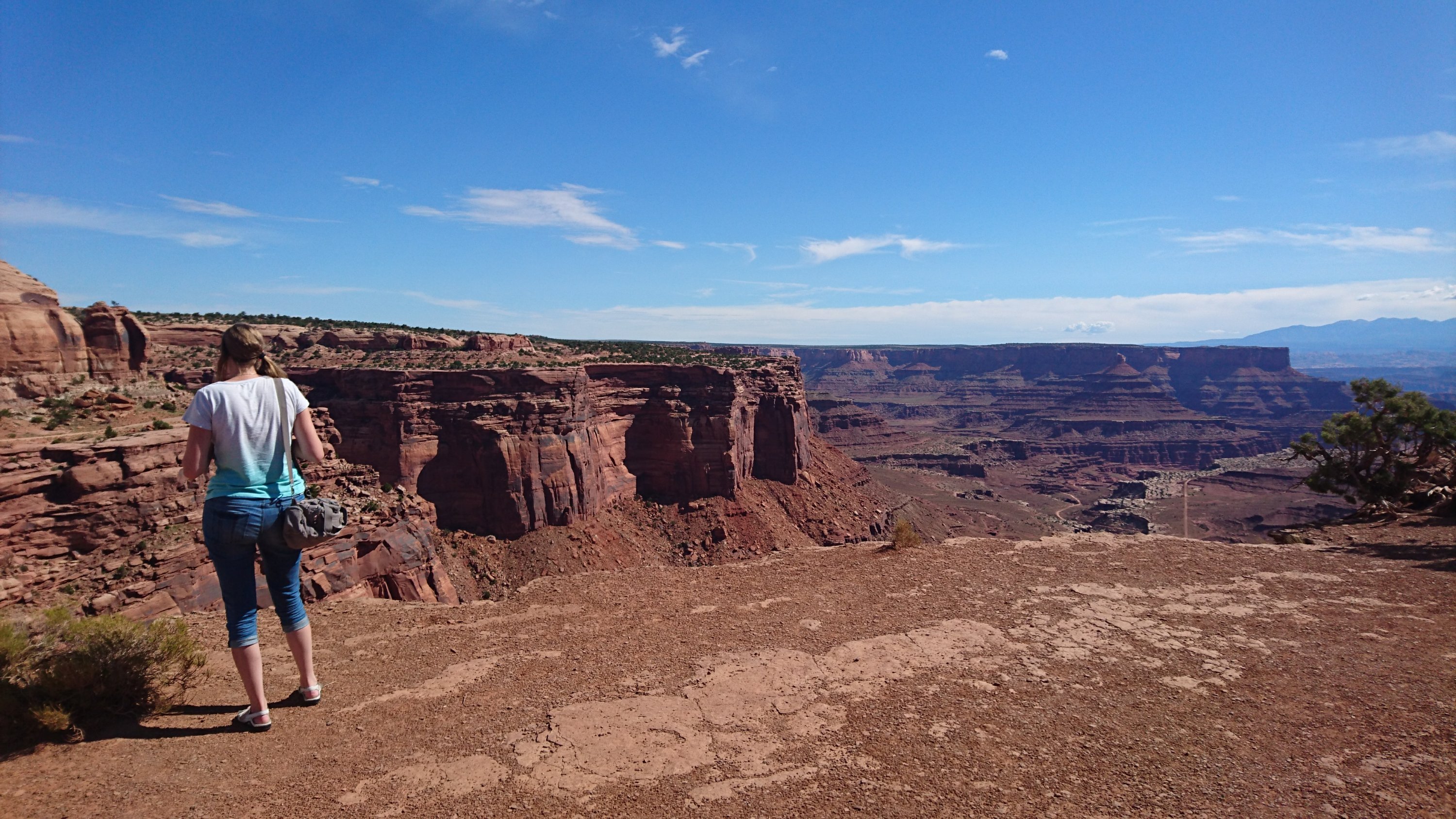 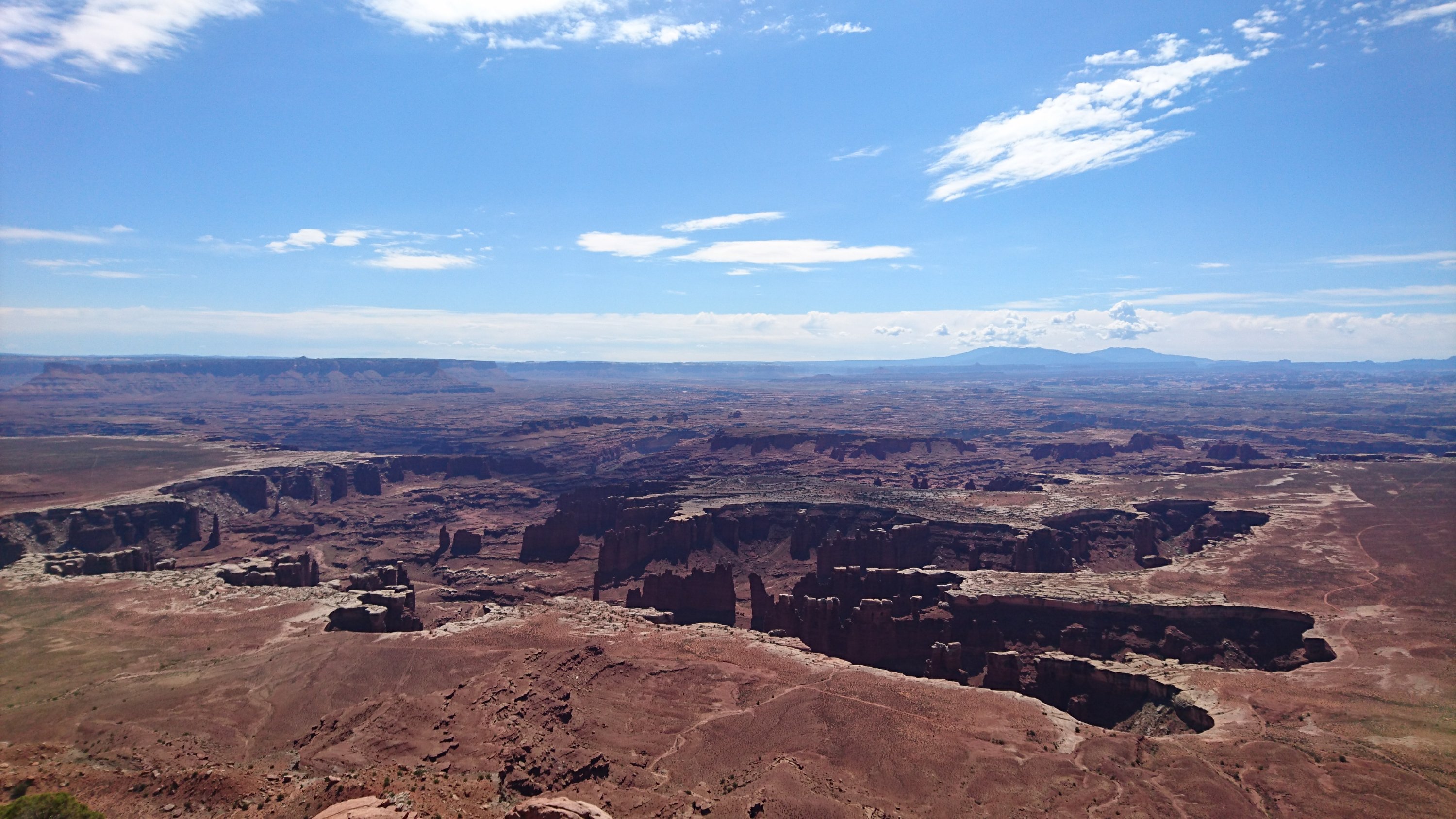 Our favorite place from Canyonlands though has to be Whale Rock . It’s a short trail you can take to get to the top of… Whale Rock, obviously. The stone was so rough you needn’t worry about slipping at all even though the rocks you had to scramble up were at times quite steep. The trail sign mentioned it’d be a 1 hour round trip but it really wasn’t that far or tough a hike (it was more like 30 minutes) . The view was pretty awesome though and we were lucky we were the only people on top while we were there! It was nice and quiet. When we headed up, other people were headed down and vice versa. 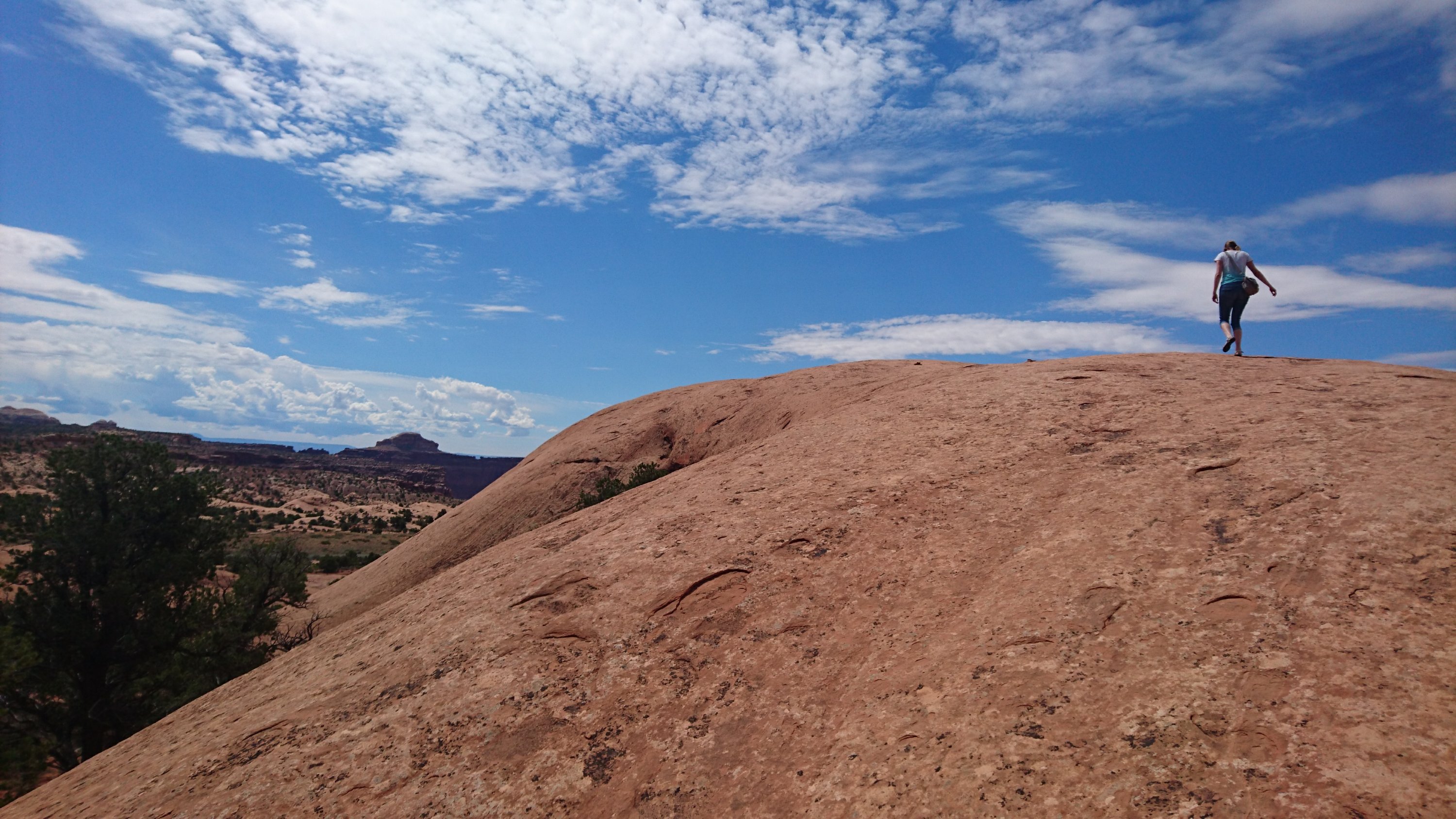 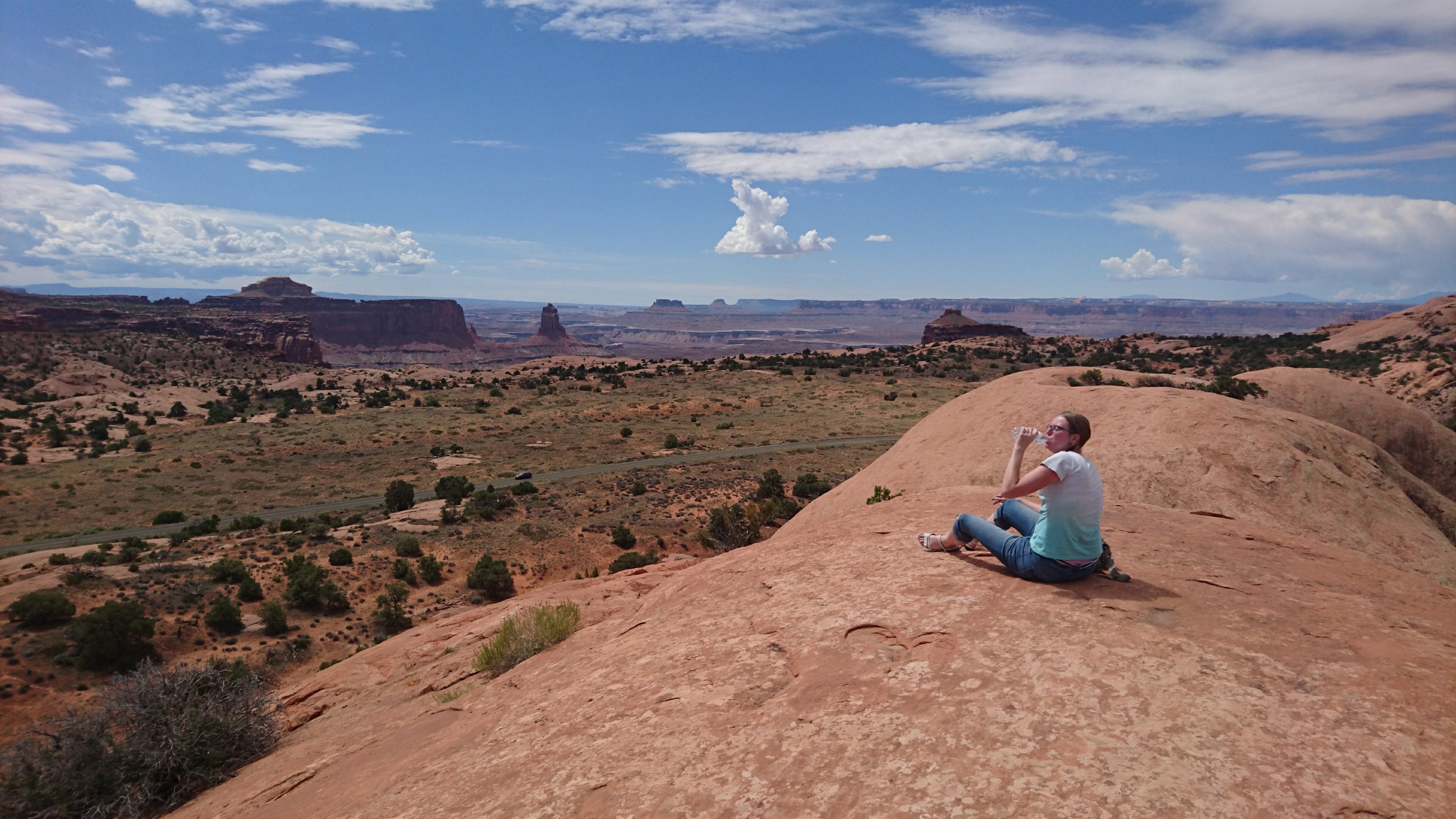 After that we skipped a last viewpoint because parking was crazy busy, and it didn’t seem all that interesting, and headed towards our next campsite at Hanksville (Rhonja believes Marcel chose this stop on its name alone!) 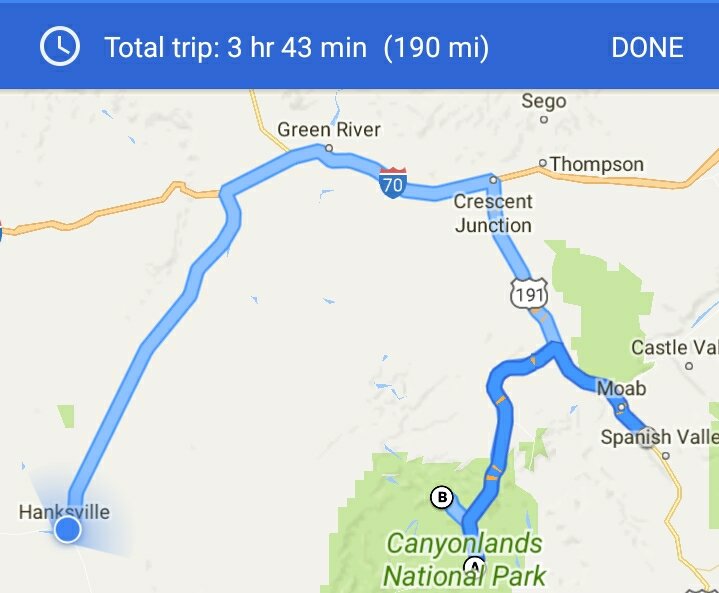